When I became married to my husband we both had teenagers in our home. Granted, this is the 2nd marriage for us both so there was a long history prior to that where of course we both had earlier ages and stages of children. We both realized early on that there were going to be challenges to our new union. We both had different histories with ex-spouses and that required many hours of discussing how we would go forward in our new relationship as a united front in parenting our teens. At the time it seemed effortless, we were  “in love” and our romance was so powerful that nothing would get in the way of us staying emotionally connected!

We started our romantic love relationship as just about all couples do in our culture. We were passionate about being together and had grand expectations about how our love would get us through anything. We believed that we would be invincible in our love, able to face any obstacles seamlessly! We talked for hours about our connection and how we both were convinced that our love was “meant to be”. We didn’t know how either of us had made it this far in life without the other. Our views were the same in every area; we had the same love for reading and for music and for hiking and even our political and spiritual beliefs were identical. This stage of our marriage lasted for about a year or maybe two.
And then we both realized our relationship was changing.

The Trenches of Parenting 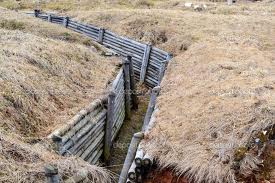 We soon began to realize that we had some serious challenges that were starting chip away at our ideal notion of a “perfect” united relationship. We had 2 sons (one each from our previous marriages) living under our roof who were very different and needed every ounce of our energy as parents/step-parents. We were each working full-time in our careers while giving everything we had in us to be there for our boys. We were in the trenches of parenting and in our marriage. Whoa, what happened to that romantic love we used to have? We were connected enough that we could still talk about the issues but there was strain and we both felt it. We both realized we needed professional guidance to help us through the trenches.

Marriage Counseling to Survive and Thrive through the Trenches

We turned to couples therapy and were able to get back on track with putting each other first. We made an effort to touch base emotionally with each other daily. We both knew that our love was deepening beyond the initial stage of romantic love and that we wanted to hold on to each other and keep our love foremost and strong while at the same time being a united front to our boys. We both learned that our marriage was complicated and that we needed to take time to understand each others’ feelings and struggles. We learned and came to accept that we weren’t identical in every way as we believed previously in the romantic stage of our marriage. We grew to understand that having and practicing empathy and compassion for each other was critical. We also realized that we needed to carve out connection/fun time for the health of our relationship. We needed to have ways to stay connected emotionally on a daily basis in an intentional way.