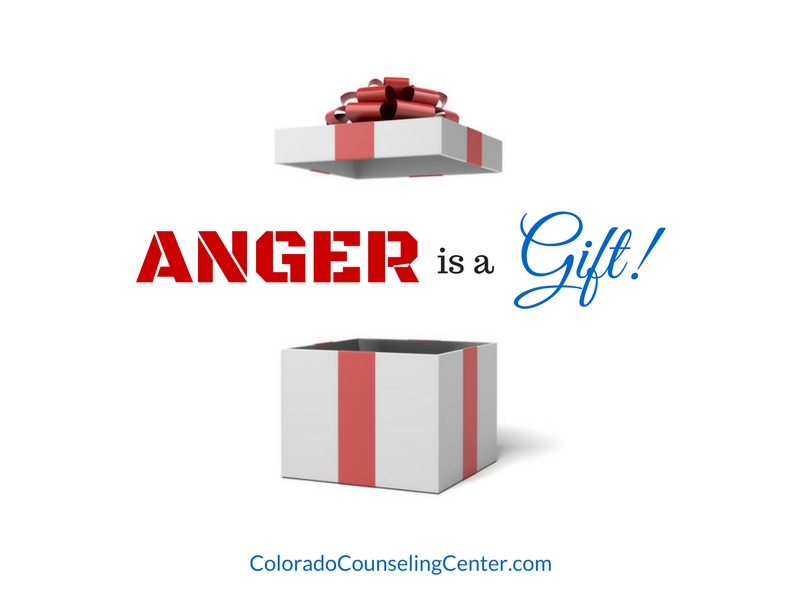 Emotions are a normal part of being human

That isn’t a phrase you hear too often is it?  “How in the world is anger a gift??” you might find yourself asking…

When one stubs their toe, they aren’t likely to curse their nervous system for sending signals to their brain letting them know that their toe is hurting. On the contrary, we immediately adapt our behavior to avoid further pain. I might touch tenderly around the toe to find out where it hurts most, see if it’s serious or possibly broken. I might gingerly try standing on it, walking, possibly running to see just how badly it was hurt. All of this is a natural response to a part of our body that alerts us to something that needs our attention.

Likewise, our emotions are something that are not wrong or right, they just are.  They serve a purpose not unlike our nervous system, alerting us to something that needs our attention. Anger is a secondary emotion, reactive in nature. We don’t cross the street, see a car about to hit us and think “Hmm, what in the world am I going to do about this unfortunate incident I find myself in?!” Without thinking, we leap out of the way. If my child is about to run into the street, I leap into action and stop him. It’s our fight or flight response innate in every human being. And it was meant to be this way. We don’t have time to think when we are threatened. A woman being cornered in a dark alley by a strange man will find herself fight and/or flee from that situation with a ferocity and intensity she probably didn’t know she had.

Unfortunately, anger has received a bad rap over the years, guilty by association to heinous acts of crime, aggression and abuse. This article is not meant to excuse or minimize those incidents. This article is not meant to condone bad and evil behavior.  Rather, it is meant to bring understanding to the human psyche and better realize why we do and say the things we say and do. 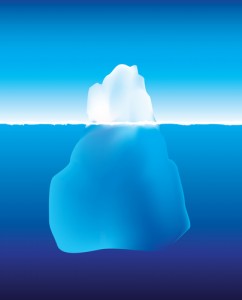 Look at the picture of this iceberg. It’s similar to our emotions. The small part of the iceberg we see above the surface represents our secondary emotions; reactive emotions like anger and it’s many variations (rage, annoyance, frustration, etc). These are the visible parts of our emotions and are protective in nature, making us feel temporarily stronger and bolder, almost as an armor against potential danger. As mentioned, these serve a purpose. They’re alerting us to something unfair or hurtful, something that you’re unable to possibly do anything about. Your emotional self is simply trying to protect you.

How do we deal with our anger in a healthy way?

The second part of the emotional iceberg is the part that isn’t immediately visible, the portion below the surface that is much larger and more significant. This represents our primary emotions. Primary emotions are more vulnerable in nature, softer and tender: sadness, loneliness, fear, longing, etc.. These are the types of things that we might not share with just anyone; only a trusted confidant that we know won’t judge or dismiss me for what I’ve said.

To access these deeper parts of ourselves, it requires some spelunking on our part. I sometimes tell my clients to don their “Indiana Jones” hat and do some exploring. Marcia Cannon wrote a book called “The Gift of Anger” and I would encourage anyone looking for more in depth information regarding this subject to check her book out. Here are some of the steps she recommends to help with the exploration process.

Going through this process will help prevent what Cannon calls an “anger loop” from occurring. An anger loop is when we stuff or vent our anger, which does nothing but delay the inevitable since the next time something triggers our anger, it will bring up all the past again, making us feel stuck in a loop. The process briefly described above will help us work through the anger in a healthy way, getting us to the bottom of things. This will ultimately benefit ourselves as well as those we come into contact with, particularly loved ones.