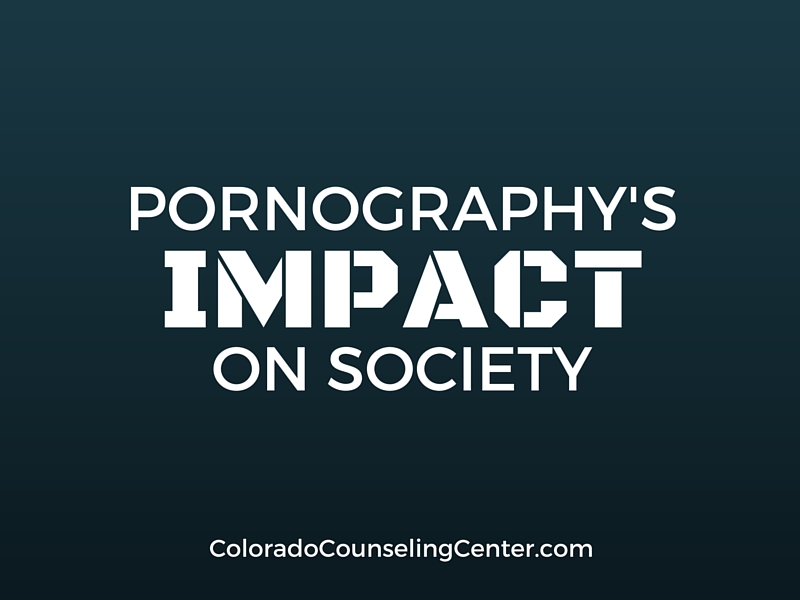 My previous two posts covered pornography and it’s effect on the individual and on a relationship. Studies are finding more and more that pornography is not simply a harmless endeavor that doesn’t affect anyone else. It actually changes the brain makeup of the individual looking at it. Pornography has a numbing effect on the individual, causing him or her to see others in a less empathetic manner. In fact, the individual comes to see others as merely objects, something to please him. Engaging in viewing pornography, either willingly or unwillingly, eventually leads one to inferior relationships with others, which is damaging to the well-being of that person and to others who know him.

The ripple effect continues out further though. It doesn’t stop with the individual or the family unfortunately. It affects society. People who lose a job to pornography use disrupt the flow of work and productivity in companies. And even if they don’t lose their job, their thoughts are constantly occupied by pornographic images and videos and they aren’t as productive as they could be professionally or on an individual level.

The long and short of all this is that by looking at, purchasing, and participating in pornography, one is contributing to the 97 billion dollar sex industry. Furthermore, we’re inadvertently contributing to a society that condones violent and demeaning behavior towards others, particularly women.  Marriages and relationships suffer, individuals suffer as they withdraw and isolate themselves in the shame they feel over participating in this.  Everyone suffers.

The good news is that we can all do our part to prevent and minimize this.  If you struggle, seek help. Open up about your struggle. The sooner you do, the sooner you can get on the road to recovery. You will eventually feel better for doing so, your relationships will improve and society will improve. The simple law of supply and demand will come into play and the industry can’t help but shrink as the demand goes down. But it all starts with us at an individual level and ripples out from there.