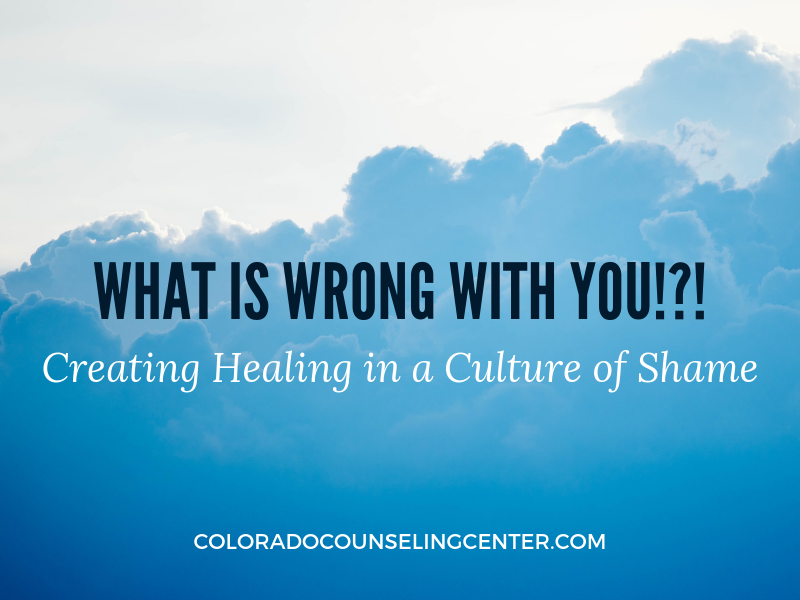 “What’s wrong with you?”

We typically make this statement when something happens that goes beyond our current logical understanding and comprehension about what we deem as “normal and acceptable.” Someone said or did something that we deem stupid, irrational, illogical or just plain “wrong.”

As a society and people, we need to understand some things that surround this statement and why it is ultimately unhelpful at best and psychologically harmful at worst.

The Reasons for Human Behavior

Something we have to understand about human behavior is that there is ALWAYS a reason for why we behave and say the things we do. Perhaps we don’t understand it fully or at all. Perhaps it conflicts with our world-view and what we’ve always been taught is wrong and right. We must keep in mind that as human beings, we don’t simply wake up one day and decide to say or do something hurtful or stupid. There are moments that play out in our lives that lead our emotional brain to make conclusions that don’t always make logical sense—and as a result, we say and do things we wouldn’t normally do.

We can all remember times in our lives when we’ve lashed out, said or done hurtful things and then afterwards wondered to ourselves: “Why did I say/do that?!?” It was out of character for us, it wasn’t who we were trying to be. We might even aim that initial question at ourselves: “What is wrong with me?!?”

The idea that something is wrong with you or someone around you is rooted in shame, an emotion that tells us we are bad, that we are broken, that we are worthless. Believing the shame-tapes that play in our head leads to depression, anxiety, health problems and damaged relationships with those closest to us. And this question of “what is wrong with you/me” is rooted in shame, and implies there is something fundamentally wrong with you or me. We need to combat the shame messages we hear in our own lives and try to minimize passing them on to our kids and loved ones.

Shame, however, is not something we can avoid altogether. It would be like trying to avoid breathing polluted air. Fairly impossible to do. So then our objective is not so much the avoidance of shame, but rather the recognition of shame when we feel it.

Brené Brown compares shame to a petri dish which needs 3 things to grow:

It reminds me of mold. During my time in the active-duty Air Force, I lived in Monterey CA for 1 year. Monterey is a beautiful place, and like most coastal cities in California, the weather is moist, cool and quite pleasant. However, there were some uniforms that I didn’t wear that hung in the closet unused during that time. At the end of the year as we started packing things up for our move across the country, I pulled those uniforms out of the closet and had to peel a couple apart from each other because of the mold they had grown between them. It was pretty disgusting and reminded me of just how moist the air was there.

Mold doesn’t stand a chance when exposed to the light of the sun however—and neither does shame. Shame by nature causes us to want to hang our head, curl up into a ball and/or simply hide and never show our face. It doesn’t want us to talk about it. It doesn’t want us to acknowledge its presence. Secrecy, Silence, Judgment. It wants to grow like the mold on my uniforms in that damp, dark, wet closet.

In order to combat the secrecy, silence and judgment, we need safe people and places to be vulnerable. That means people who will listen empathically, who will reserve judgment, who will not try to fix but rather feel with the hurt individual. Sometimes, the only place someone can do that is with someone like me, a therapist. Sometimes we have a spouse, partner, friend, or family member that will fill that void. The point is… we all need that safe person and place in our lives.

When Someone Confides in You

What do I do if someone bares their soul to me? What if they’ve shared painful information? Empathize. Validate. Resist the urge to fix, to minimize, to judge, to make things better. That will come with a genuine connection with the person’s heart. We don’t have to force it.

Why should we reach out in a non-judgmental, empathetic way?
Because there is nothing wrong with you or someone else and what they are feeling. Our emotions are normal, not things to be dissected and parsed into “good” and “bad” categories. Once we do that, once we’ve labeled a certain emotion “bad” or “negative” (like anger, sadness, fear), then the moment we feel it, we immediately fall into shame and the shame says we’re a bad person for feeling that “bad” emotion.

When we view ourselves that way, we view most everyone else around us that way too. Think about a time you said those things to a loved one. Maybe it was your teenager and you blamed it on his/her hormones. Maybe it was a wife, who MUST be going through menopause. Maybe it was a co-worker, “freaking” out because they didn’t get the promotion they thought they deserved. Whomever it was aimed at, it was judgmental and unfair since we don’t know the inner battle going on for him/her. We don’t fully know that person’s past, the trauma they’ve experienced and how it’s affected their view of others.

My point in saying that there is nothing wrong with us is not to say that bad things don’t happen. They do everyday unfortunately. This is isn’t meant to condone crime or abuse in any degree. We do need to recognize though that the crime and abuse that does exist comes from (at least in part) the unresolved hurt and pain in people’s lives. We all hurt people, but it’s usually because we ourselves are also hurting. Hurt people hurt people. And that’s what we need to focus on in ourselves and in others.

One of the biggest hindrances to seeking therapy is the thought or fear that therapy is for “broken/crazy” people. It’s a stigma that has taken decades to fade; I’m hopeful that it will fully fade away with time.

We all need help. There should be no more shame in seeking therapy than in going to the doctor for a physical or check up. Sometimes people fear I will tell them that they’re crazy or that something is wrong with them. I assure you that there is nothing wrong with you. There are valid reasons you say and do the things you do. Perhaps they aren’t always healthy and helpful to maintaining a relationship with someone and we can address that piece, but to assume something is wrong with you or someone else is to invite shame into the picture, which simply exacerbates the problems.

If you need a safe, non-shaming place to make sense of why you do what you do, we’re here to help! Call us today to make an appointment, or click here to schedule online.